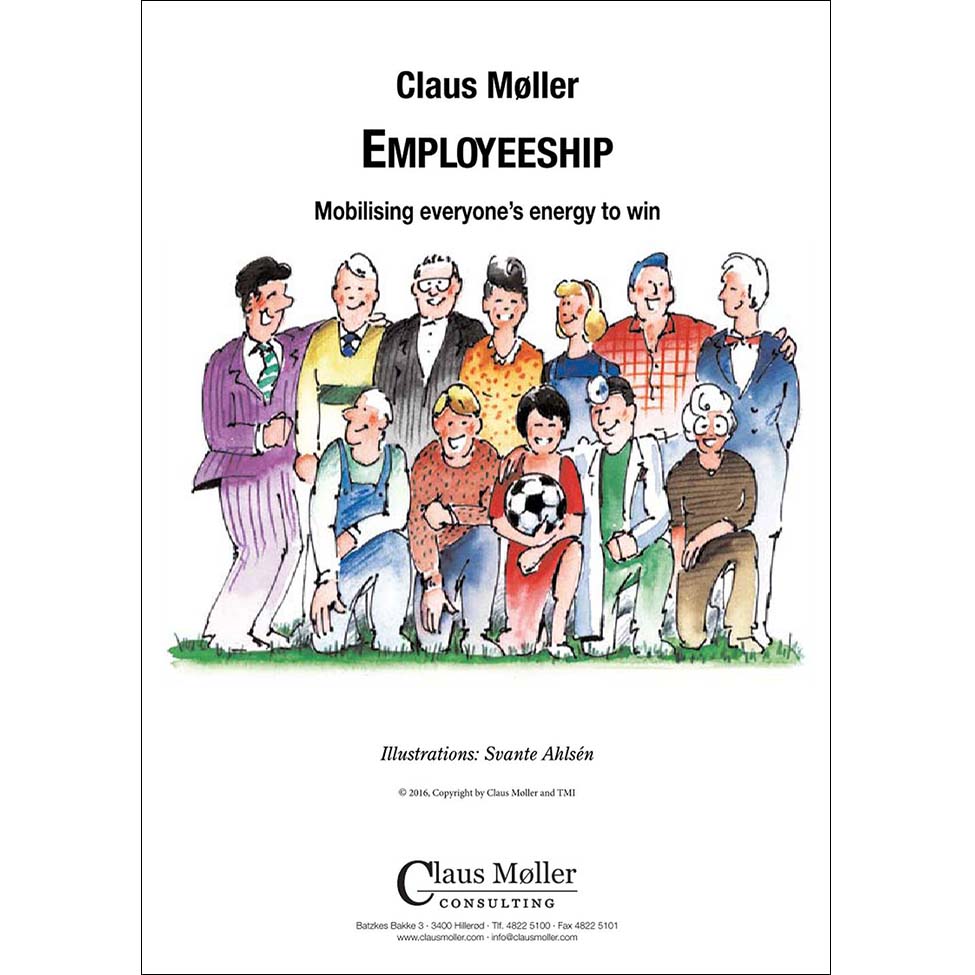 A unique Claus Møller concept about management for everyone. It illustrates what it takes to be a good employee and how all employees can be inspired to bring out their best and thus contribute to the survival and growth of the organisation. The book provides inspiration and methods to create an Employeeship culture characterised by everyone’s commitment, responsibility, loyalty, initiative and positive energy.

A unique 6-day programme based on the principles of General Business Excellence: Learn what it takes for people, teams and organisations to succeed in any business. You will gain insight into practical leadership skills, which would normally take years of experience to acquire. You will be inspired and learn how to manage yourself and others and how to improve productivity, relationships and quality.

3 unique tools to measure and improve an organisation’s potential for survival and growth. “Employeeship Meters” provide a comprehensive toolbox to be used in an Employeeship process for individuals, teams, and organisations as an important supplement to the Employeeship book.

ABOUT LEADERSHIP AND MANAGEMENT 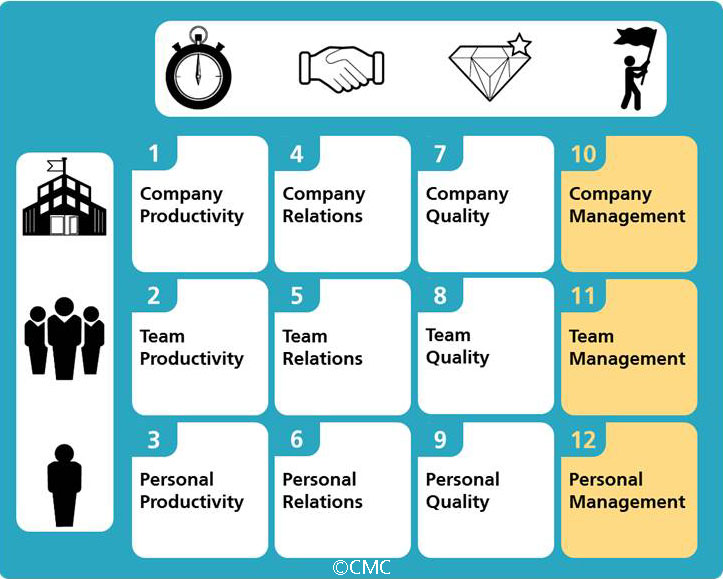 Leadership Excellence (which is a part of the CMC model for General Business Excellence) is not a fad but an evergreen concept essential for the survival and growth of any business.

There are three kinds of managerial behaviour: Goal-setting behaviour (reaching a mutual understanding of where we want to go together – our future desired state), Problem-solving behaviour (identifying and eliminating the problems and obstacles on the way to the goals) and Communicating behaviour (making sure that everyone involved share the same picture of ends and means, know their own roles and align their activities).

If formal managers are not practicing managerial behaviour, the organisation may be run but not managed!

When all employees are actively involved in the company’s quest for excellence, the company has a special culture which Claus Møller calls Employeeship. It is characterised by everyone’s commitment, responsibility, loyalty, initiative and positive energy. People displaying Employeeship exercise productivity behaviour, relationship behaviour and quality behaviour. And they become employable! Employeeship represents a unique participative approach to management

This process is one of the four vital business processes to be established and maintained in any business.